Oxford High School and Radley College are putting teaching of the Chinese language on the agenda for state schools across Oxfordshire, with the opening of a new Oxford Swire Chinese Language Centre, which will broaden the reach of Chinese teaching and allow students from all backgrounds to learn Chinese. Funding for the project is being provided by the Swire Chinese Language Foundation, itself funded by the Swire Group, as part a nationwide programme to promote the teaching of Chinese. The Oxford Swire Chinese Language Centre will be run from both Oxford High and Radley College and its aim is to set up programmes in partnership with local state primary and secondary schools to deliver lessons in Chinese – either within the curriculum or as an extra-curricular activity. The Centre will provide teaching onsite for these sessions, supported by online resources and master-class sessions at one or other of the schools.

The Swire Chinese Language Programme, established to mark the 200th anniversary of the Swire Group, aims to broaden the reach of Chinese teaching in the United Kingdom and improve its quality. In addition, over the ten-year life of the project, it hopes to contribute to the forging of stronger relations and broader understanding between Britain and China.

The first centres for teaching Chinese have been established at 12 secondary schools in Edinburgh, Glasgow, Liverpool, London, Manchester and Oxford for the 2016/17 academic year. In coming years further centres will be established to create a broad network across the major cities of the United Kingdom. Qualifying schools are a mixture of state and independent schools, who will be targeting their own pupils and those of surrounding primary and secondary schools, reaching into some of the most deprived areas of the country. It is expected that pupils of all ages will gain better access to Chinese language teaching, and that greater interest in the language and Chinese culture will be generated.

John Moule, the Warden at Radley College, said: “It is a very exciting opportunity to pioneer a partnership between independent and maintained schools in an area of real educational and cultural interest. The Swire Chinese Language Centre will establish relationships with local schools from the state sector and encourage learning of the Chinese Language by widening access to students from all backgrounds. It is a powerful and exciting vision and we would love to hear from local schools in Oxfordshire, both primary and secondary, that would like to get involved.”

Judith Carlisle, Head at Oxford High School, said: “We are delighted to be working with Radley College and the Swire Chinese Language Foundation. OHS has a long history of teaching Mandarin to all age groups from A Level to Reception age children and we find that even the youngest pupils love the complexity and beauty of the Chinese language. We already work collaboratively with Radley College on our Sixth Form programmes, so this opportunity to share our combined expertise and joy for learning with local school partners in Oxfordshire is extremely exciting.”

The Oxford Swire Chinese Language Centre is due to launch fully in September 2017, with the appointment of a new Director to lead the programme to be made this month. Oxfordshire schools interested in joining the scheme should register their interest by contacting Radley College or Oxford High School. 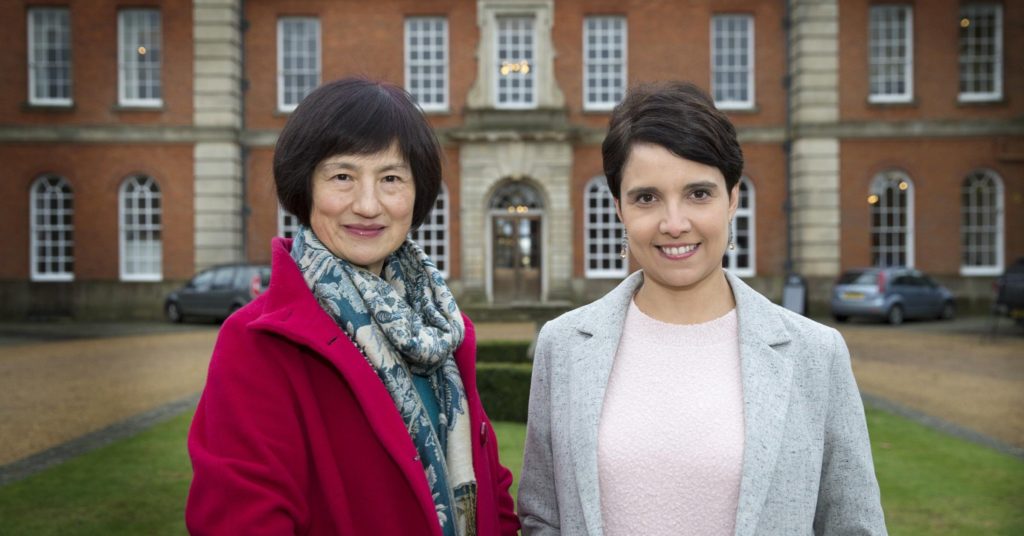