The 2019 issue of the OHS Magazine was distributed to the girls on Tuesday morning, leading to a rapt hush across the whole school as girls and staff alike devoured its 96 pages of amazing jokes, wonderful illustrations, riveting journalism and general outpouring of creativity. This seemed like the perfect moment, therefore, to have a look back at the institution of the OHS Magazine itself.

The OHS magazine was created in 1879 and has been published continuously ever since save for a brief hiatus during WWII, when paper was in too short supply. The magazine was conceived at the suggestion of Headmistress Miss Bishop in the same year that she took on the headship of the school when its founding Headmistress, Ada Benson, retired due to ill health. Evidently something of a visionary, Miss Bishop is also responsible for introducing the motto ‘Ad lucem’ and the school’s original, very beautiful hymn ‘To the Sunflowers’.

The magazine was traditionally a forum for the girls’ creativity in poetry and writing. The forewords of various issues suggest that the editorial board was somewhat harsher in its judgement of the girls’ work than our current editors, as can be seen in these forewords to the 1917 and 1942 editions (below).

Of course, it is in the ability of a publication such as this to provide a window onto the girls’ thoughts, lives and endeavours that it gains a real poignancy. Reading through an issue at random, there are frequently moments of recognition akin to looking in a mirror as you see someone very like yourself doing something you might have done as a student – the only separation between you and her being the passage of years. Take, for example, the barely suppressed excitement of a report on the Beekeeping Club’s harvest of honey during World War II, as the girls savoured the imminent prospect of supplementing their meagre sugar rations, and commented happily that, ‘The school bees, in a laudable spirit of service, have produced over 100 pounds of honey.’

But we are also reminded how those bygone girls and their teachers were also different to us, due to the hardships that they faced. Such adversity changes people, and we should perhaps be thankful that we have not had to endure the griefs and privation that lend the 1918 editorial such a stoical tone, as the girls discuss how they had hoped to use this issue as a celebration of the recent Armistice, but were prevented from doing so by the Spanish influenza; suddenly moments we only know through history books are made real and apparent before us. 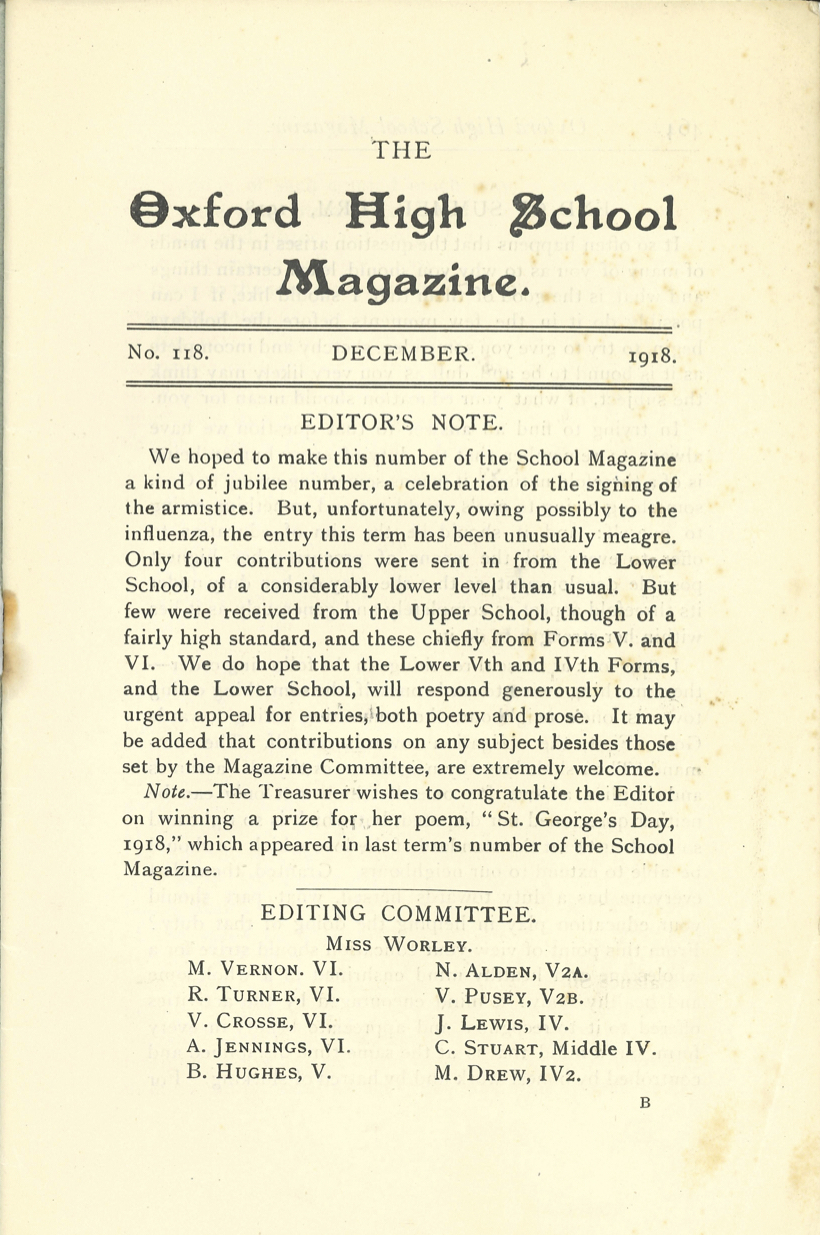 Then, of course, there is the changing face of the magazine across the years, where the covers themselves act as a window onto the changing taste and preoccupations of the time. You can follow it, through the ornate late-Victorian stylings of the 1890s to the ‘battle dress’ of the 1940s, then the municipal blue of the fifties, before the outbreak of abstraction in the late Sixties. After that, you get the design-heavy aesthetic of the seventies, the beautiful illustration-led advent of A4 in the 1980s and the outbreak of colour in the 90s. 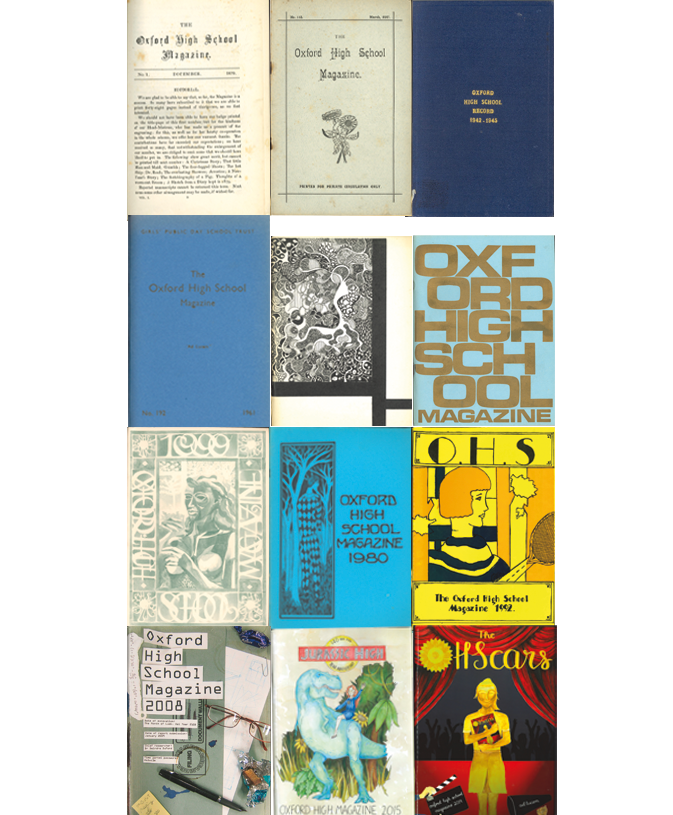 Seen as such, through the long lens of history, it’s clear that the magazine is not just a record of this particular moment, though it does fulfil that purpose beautifully. Yet it is also valuable to us as a continuous window onto the life of the school, orienting us in relation to it and cementing our appreciation of the school’s centrality in our lives. Seen this way, the Magazine is not just a magazine – it’s a time machine.

Head’s Blog: Towards the Spirit of Christmas

Cross-Country Club: Running to the Nationals