The Black Lives Matter Movement: A Turning Point in History 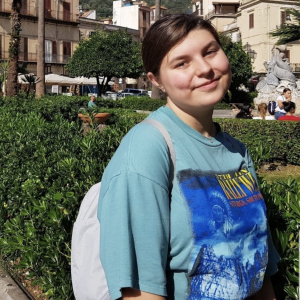 Initially, upon hearing of the unjust death of George Floyd in Minneapolis, Minnesota, I felt truly dejected.

My immediate reaction was to despair at the seemingly interminable persistence of global racism and the unacceptable consequences it imposes on the lives of billions. However, unbeknownst to me then, my hope was about to be reinspired by the powerful actions and words of those around me.

In the weeks that followed, against the odds and in the midst of a global pandemic, protests have sprung up around the globe in support of the Black Lives Matter movement. In the past, we’ve seen public outcry sparked by police brutality. In 2014 alone, we saw protests following the deaths of Tamir Rice, Michael Brown, and Eric Garner, yet no change followed. This time, however, a few critical things seem to be different. Never before has the response been so well-sustained or widespread. As I write, protests have taken place in all 50 states, including in predominantly white areas. Outside of the US, 57 countries and counting have seen protests. Locally, three protests have taken place thus far in Oxford; two at South Parks on the 3rd and 7th of June, and one outside Oriel College on the 9th. The protests seem to be more racially diverse than ever before and certainly have seen more attention from politicians, local governments, and businesses who are standing with protestors in solidarity. Most notably, a pledge has been made by the Minneapolis city council to dismantle the police department. In a very short amount of time, it is clear that the movement has made some great strides.

Of course, now is not the time to become complacent. Nothing has changed yet, aside from – I’d like to think – quite a few hearts and minds around the world. We are still waiting for changes to the systems which propagate inherent inequalities for ethnic minorities. In this respect, many people are doing everything they can to bring about real change. Social media is being used to its full effect here. Young people are using it to spread not just awareness but more importantly, links to the relevant petitions and donation funds which we can all contribute to from the comfort of our own homes. However, I also wanted to applaud the movement this time around, for placing such importance on giving people an in-depth re-education on the issue of race. The 2020 brand of the Black Lives Matter movement has placed marked emphasis on the duty of those to whom racial discrimination is not directed, to actively seek out ways to educate themselves on the many forms that racism can take.

For those of you who are not active on Instagram, (I’m assuming there may be quite a few of you!), wherever you look, you can feel the overwhelming passion of young people in support of this movement. The majority of my friends and fellow OHS students have taken part either by sharing helpful posts on their stories, adding links to petitions in their bios, or sharing short online courses on black history or the effects of systemic racism in politics and economics. Elsewhere, there are fears that some are slipping into habits of performative activism. Indeed, I’m sure there are people out there who are only posting due to the pressure they feel from their peers. However, even for those people, the activity online has got everyone thinking properly about this issue and, in itself, that is a huge achievement.

I sincerely believe that the Black Lives Matter movement is at a turning point in its history. We are on the precipice of a revolution, even if we do not reach all of our goals over the course of the next few months, year, or decade. Even after that, there will still be things we need to do to improve. But we will be better prepared to make those adjustments then, because of the dialogue George Floyd’s murder has fostered. It has encouraged people to be constantly learning from marginalised groups and re-evaluating their ideas and behaviour to make the world a better place. I’ve never felt so hopeful that my generation will make a difference in the world. I feel that people my age are more engaged now than they have ever been. We are fighting for change from our childhood bedrooms – the future looks bright.

An Open Letter To Our OHS Community

Kindness In The Kitchen