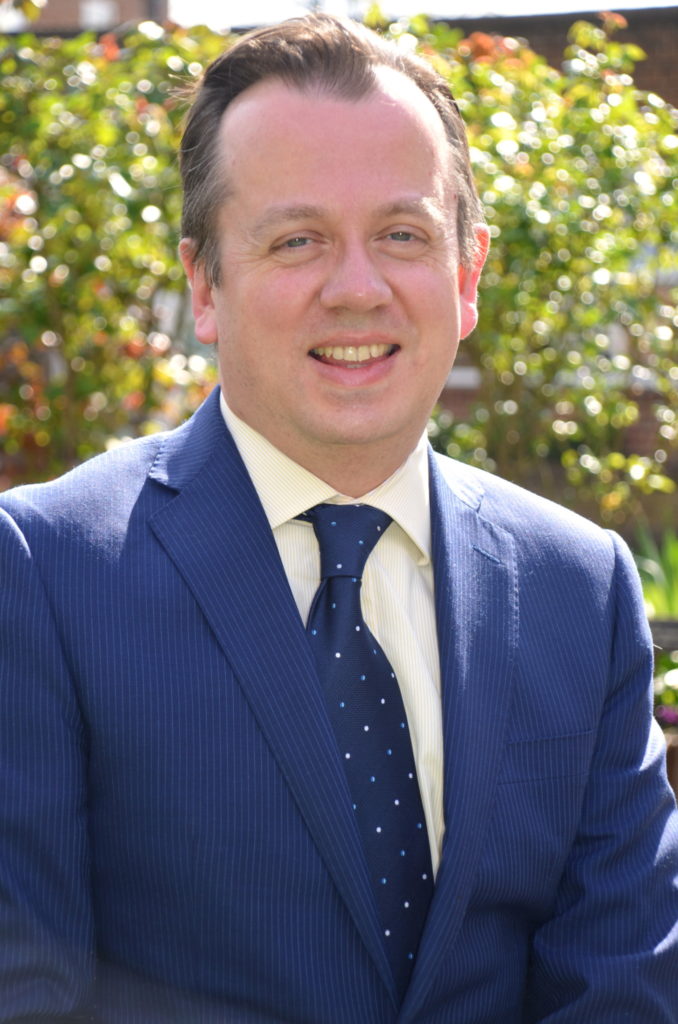 Dr Hills is currently Deputy Head at Hampton School, an all-boys HMC school in Middlesex, leading on the academic side of the school. In his time, the school’s performance in public exams has risen significantly, and 90% of Sixth Formers go on to Russell Group Universities (including a significant proportion to Oxford or Cambridge). The school was rated ‘exceptional’ for achievement by the Independent Schools Inspectorate last year, in no small part due to Dr Hills’ leadership. He has introduced Mindfulness to the curriculum there, brought in Pre-U in the Sixth Form for several subjects and initiated a Latin outreach programme to bring Classics to local state schools. He is conscious of the importance of fostering independent learning to enable every pupil to become a mature, reflective thinker in their own right. Dr Hills is a graduate of Trinity College, Cambridge, where he took a first in Classics, directed plays and played football before going on to write a PhD on the Roman poet Horace. After a spell as a lecturer in the Cambridge Classics Faculty and a Research Fellowship at Jesus College, Cambridge, he began his school-teaching career at Eton College, where he spent four years before going on to head the Classics departments of two leading independent day schools.

He is married to Professor Alison Hills, a GDST alumna herself and a Tutorial Fellow in Philosophy at St John’s College, Oxford. They have two daughters and a son. He is a governor of a local primary school in North Oxford and he knows the city well, having been a resident for the past eight years. Dr Hills coaches sports teams and is committed to the cultural life of school, and sees the opportunity to lead OHS, with its strong track record in the Arts, as tremendously exciting. Having spent most of his career teaching in single-sex schools, and having worked closely with the senior management team of Lady Eleanor Holles School, the neighbouring girls’ school to Hampton, he is a firm believer in the benefits of single-sex education for both girls and boys.

We wish Dr Hills and his family a warm OHS welcome when they join Oxford High School and the GDST in September 2017.

From Fifty to Five Years On