Congratulations to the Junior Girls’ and Inter Girls’ Athletics teams who have qualified for the Regional Round of the English Schools’ Track and Field Cup. This is a team competition where each girl competes in a track event and field event scoring points on their performances.

The teams competed at the County round on the last day of half term. The Junior girls (Year 7 and Year 8) led their competition at the halfway point and continued to pull away from their competitors throughout the afternoon winning with a total of 358 points, 45 points ahead of their nearest rivals. Star performances came from Immy Ives and Melodie Torbrand who finished with personal best’s as well as 1st and 2nd in the 200m and then reversed these results in the long jump. Other wins came from Olivia Martin in the 1500m leading from the front the whole race, Elizabeth Zmitrovich in the Discus and Grace Durand in the Javelin. Many of the team finished in 2nd and 3rd in their events too including Emma Lakenby, Jess Simons and Alice Dyson. 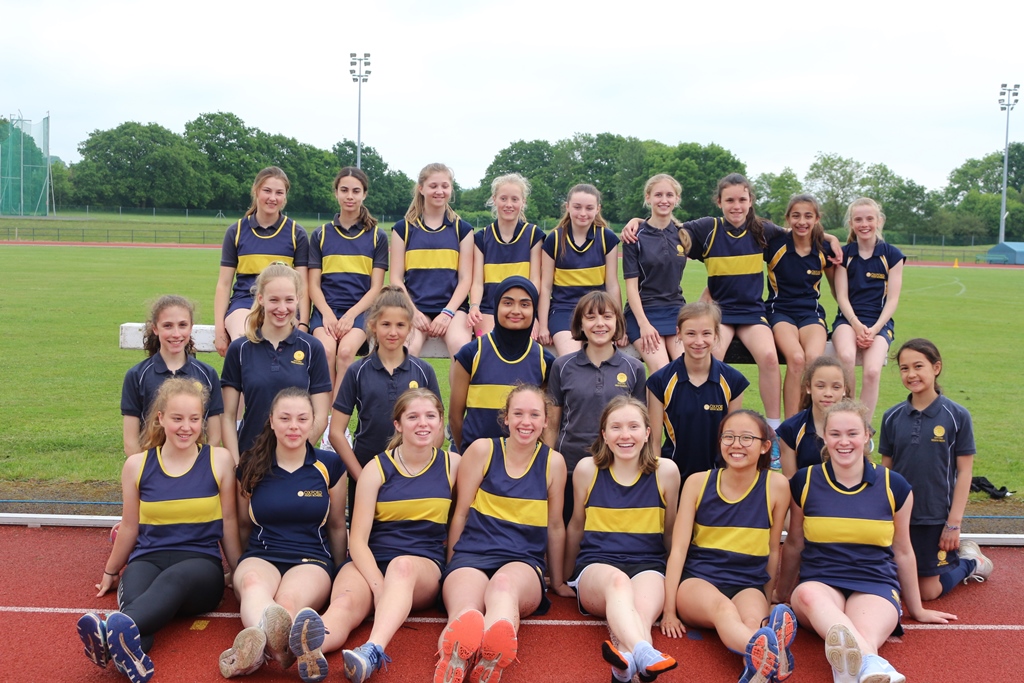 The intermediate girls finished a comfortable 2nd in their section (Year 9 and Year 10). At the halfway point, the team were in 4th place but a fantastic afternoon in the field saw them rise up the rankings. Wins came from Emma Klenerman in the Shot, Erin Waters with a huge throw of 30.50m in the Javelin and 2nd placed athletes were Amy Leung in the 200m, Amy Durand in triple jump, Jasmin Hayes in the Discus and Izzy Oppon finishing 3rd in the Long Jump.

A really great team performance by all and the girls will compete in the regional round later in June this year.