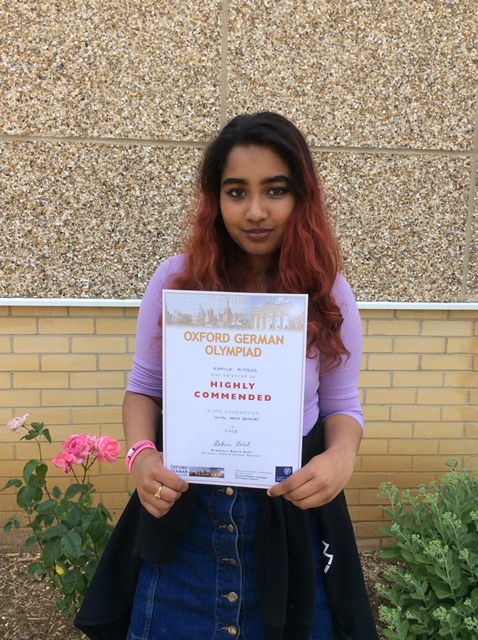 The prestigious national competition  – the German Olympiad – drew over 800 entries and is run by the Faculty of Medieval and Modern Languages at Oxford University. This year’s theme was friendship, and the prizes were awarded at a ceremony held at the Weston Library in Oxford. Eleanor Voak, Year 9, won the Runner-up prize for the Year 7-9 category, where the task was to write a funny story on a German and an English word which means different things in English and in German, therefore often causing hilarious misunderstandings. Elsa Voak, Year 11, was awarded the Runner-up in the Year 10-11 category by composing a conversation between a pair of well-known friends from German literature. Khadija Muttleb, Yyear 12, won Highly Commended for her brochure containing rules, tips and advice for younger teenagers on using social media safely to keep in touch with their friends and make new ones.
Viele Glückwünsche! 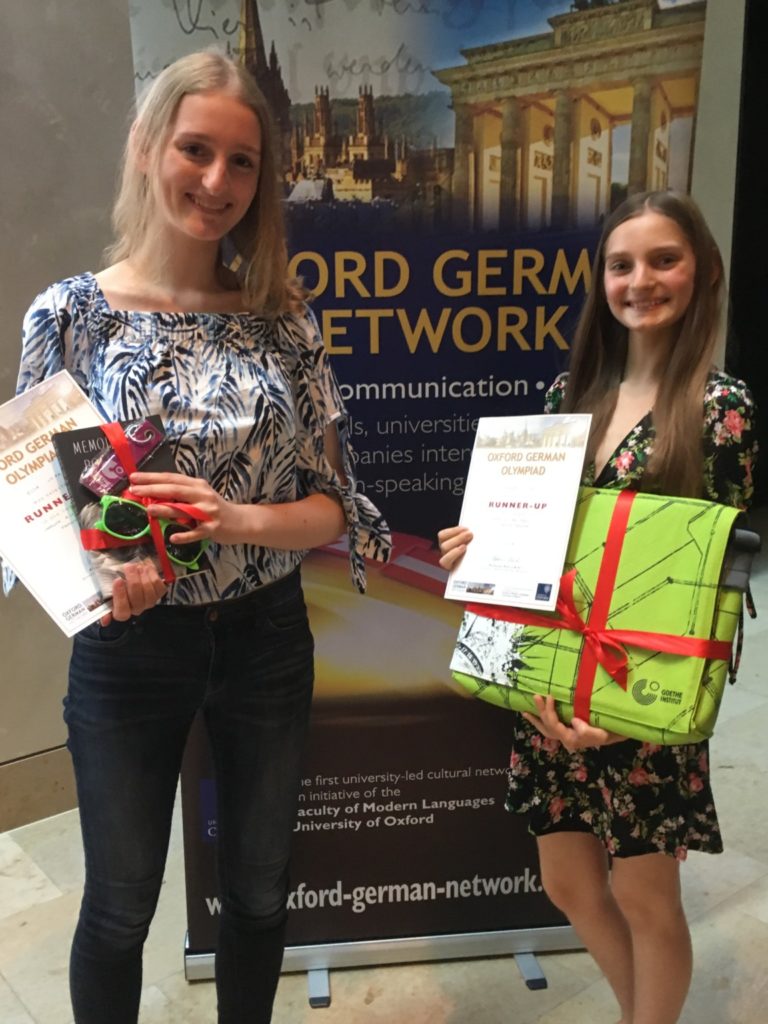 Elsa and Eleanor Voak – OHS and the German Olympiad