On Tuesday 3rd December, Sixth Form Physicists travelled to London for a chance to hear some of the best physicists in the world discuss their cutting-edge work at Physics Live.

After an interminable journey which seemed to lead us around every road block in London, we were thrilled to settle down in the plush surroundings of the Savoy Theatre with the prospect of a whole day of stimulating talks from world-class speakers. Particular highlights included Michael Brooks’s fascinating talk about the role of string theory and multiple dimensions in explanations of the weak nature of the gravitational force. Jim Al-Khalili followed this up with tour de force speech including the fascinating notion that quantum tunnelling may be responsible for our sense of smell!

We were even fortunate enough to bump into Jim Al-Khalili, and took the opportunity to get a quick snap with him! As the Year 13 Physicists pointed out on the journey home, we ended up feeling like a group of protons by the end of the day, as our feelings about the whole experience were overwhelmingly positive! (Thanks, Y13 Physicists, for that terrible pun.) 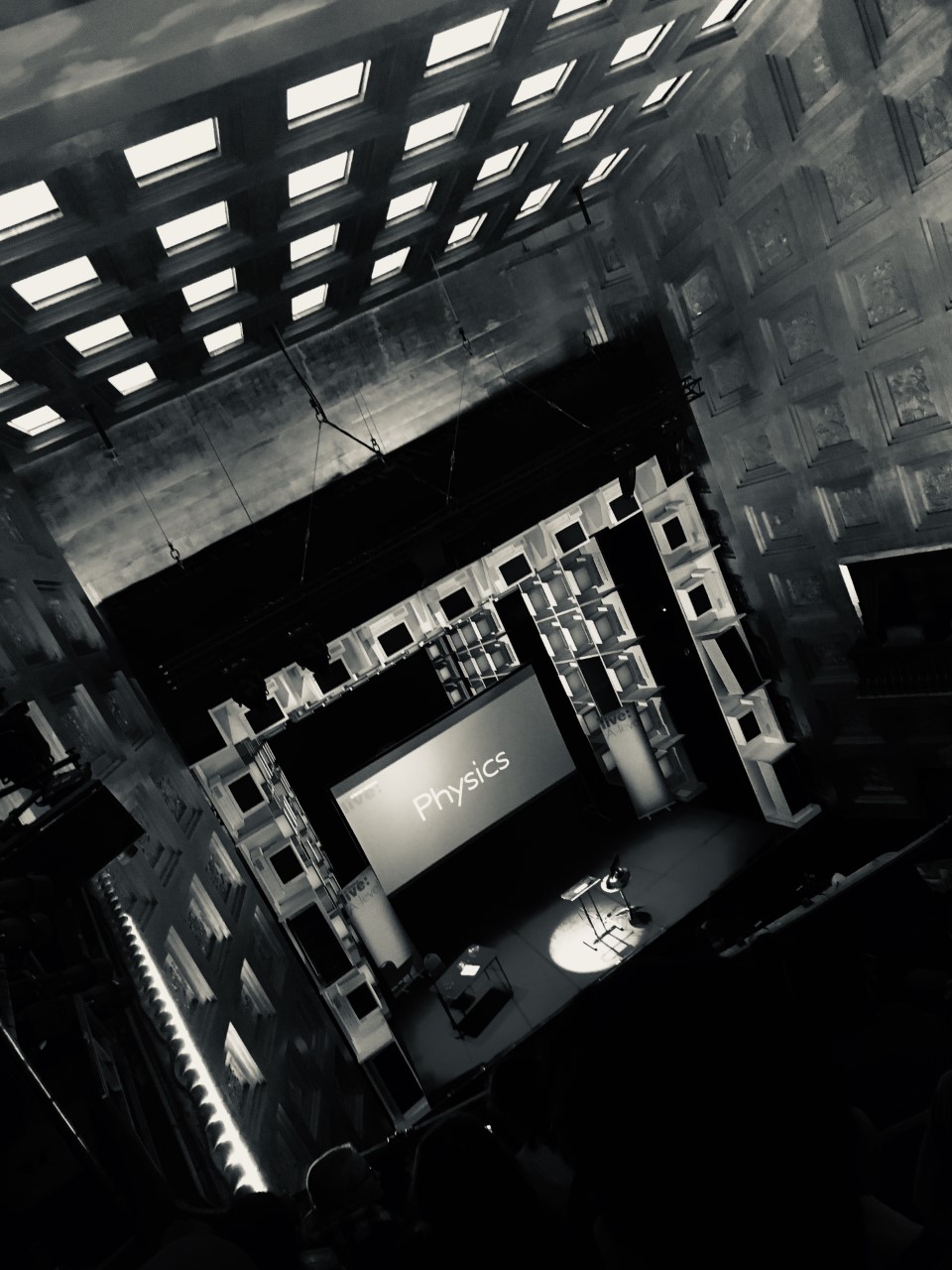 Head’s Blog: He Named Me Malala

Winning Like a Girl: Art, Life and Feminism for the 21st Century