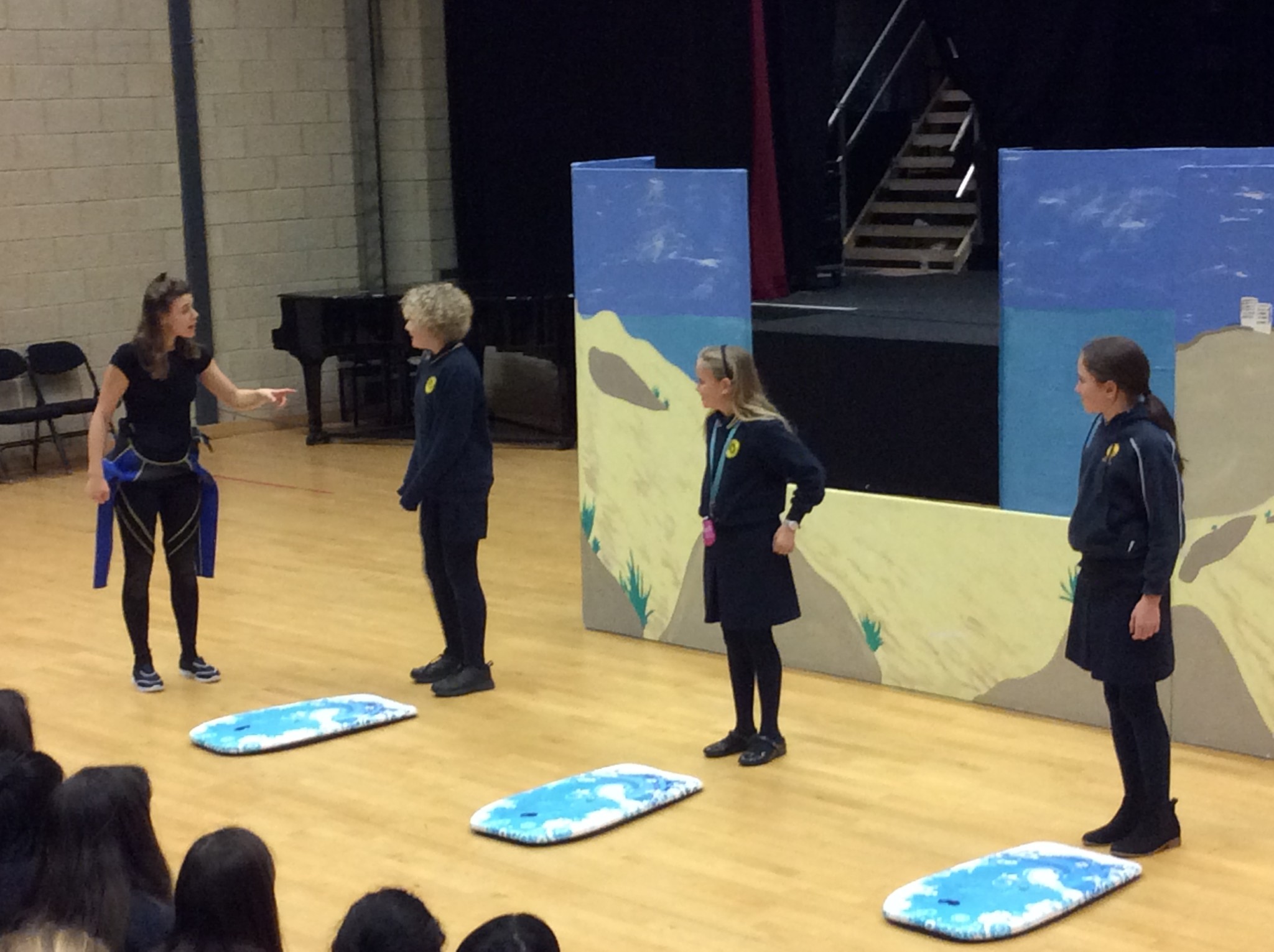 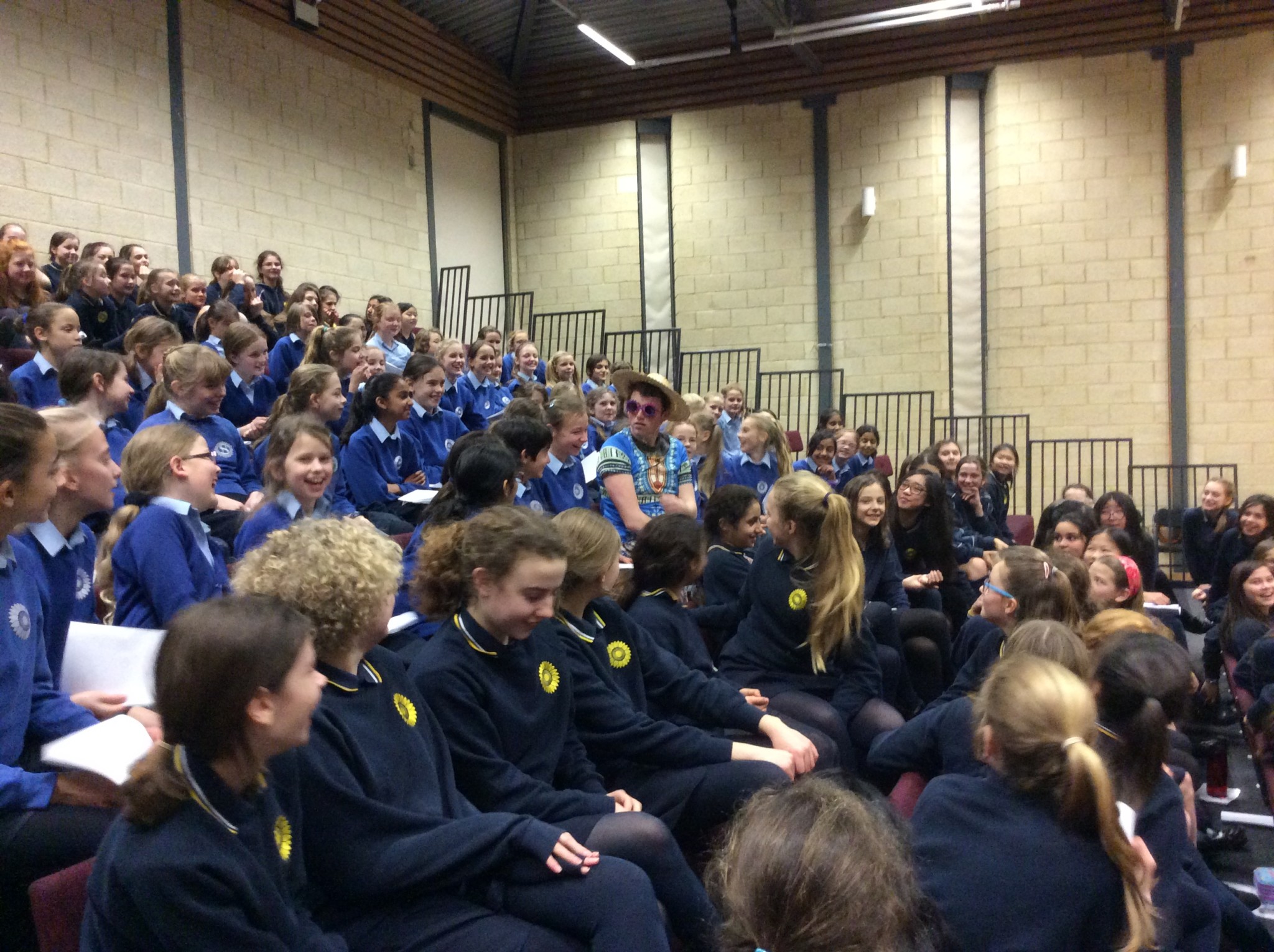 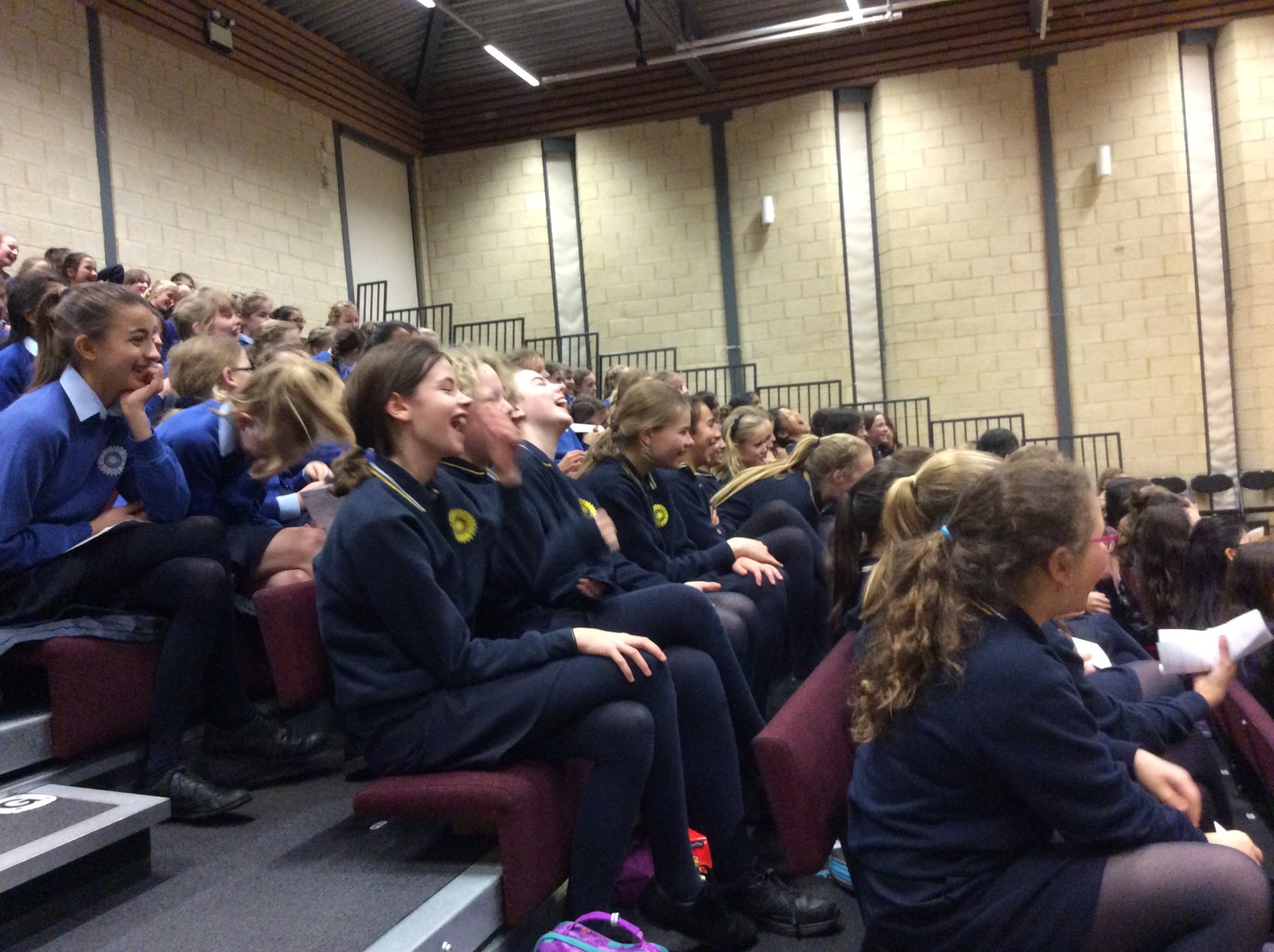 French Day kicked off with an assembly by the Year 12 French students about French heritage, which was the theme for the event this year. This was followed up with interactive quizzes about French culture and heritage during French lessons. The highlight of French Day was the French play (for Year 6 & 7 pupils)  produced by the multilingual theatre group Onatti entitled “shipwrecked en France “.  The play was about Tyler, a 13 year old English boy on holiday in France who got pushed by the tide in his dingy far away from his hotel and parents . His long walk back along the beach becomes a mini adventure. This play was inter-active as some girls were asked to take part in the play itself and the actors also went in the audience.

Comment from a Year 7 pupil: “I really enjoyed it because it was funny and it helped you learn French without knowing it”.

After the performance, all the Year 7 girls re-enacted some scenes with the help of Year 13 French students and some props.

Welcome to our new 2017 Prefect Team!