Extending the academic reach of our Sixth Form students is a key feature of our Sixth Form 360 Programme, one which finds its apotheosis in the Warnock Extended Research Project. The Warnock ERP is named in honour of Baroness Warnock, the distinguished scholar, philosopher and public servant who was headmistress of Oxford High School from 1966-72.

Perhaps the most distinctive thing about the Warnock ERP is the freedom it affords. Students can choose to produce either a researched dissertation or an ‘artefact’, a creative piece such as an original work of drama, a piece of creative writing, an exhibition or film. The Warnock ERP is also rare in being interdisciplinary: a student studying sciences can elect to work on a topic based in the arts or which squarely straddles the two hemispheres of science and the humanities.

This has been the case since we first introduced the ERP back in 2009.

OHS students always choose an astonishing range of topics and the quality of their research has been consistently excellent and thought-provoking. This year’s projects are no exception and range widely across art, literature, history, politics, social sciences, geography, languages and the sciences.

A Bridge to the Future

Many of our Sixth Form students use the Warnock ERP to pave a way into the degrees of their choice. Rachel Frenandez, for example, who has applied to study Paramedical Science, chose to investigate the physiology of elite runners, while Sara, who plans to read Aerospace Engineering, used her ERP to investigate the possibility of electrically-powered planes. Rosemary Leeson, Miranda Dorkins, Gigi McCauley and Jacklyn Hyder, who were all highly commended for their research, have matched their ERPs to their future degrees with focuses on women in WW1, Stalin’s show trials, the theme of poisons in fairy tales and mitochondrial DNA and third parents, respectively.

A Link to the Past

In addition to enabling students to look ahead to their own futures, the Warnock ERP is an opportunity to link the scholarship of our current students to the history of OHS. There are 2 categories of award, each named in honour of 2 pioneering OHS alumnae: Eileen Power (Professor of Economic History at LSE) and Dame Josephine Barnes (the first female president of the BMA). We are delighted that the recipients of this year’s awards are continuing the tradition of scholarship at OHS represented by these, and other, Oxford High Originals. 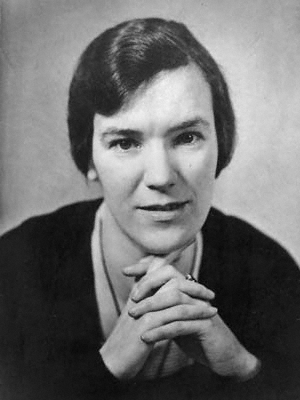 The Eileen Power Awards is given in recognition of exceptional research in the social sciences, arts and humanities. This year, it is being awarded to three students who have exciting futures ahead of them in the field of Performing Arts, Law and Classics:

Clara Davies – No Men Love for Long, a play based on the lives of Siegfried Sassoon and Wilfred Owen

Jemma Davies – ‘To what extent have women been affected through legal developments in Middle Eastern countries since the twentieth century?’

Elizabeth Anderson – ‘How are women represented in Catullus’ poetry?’ 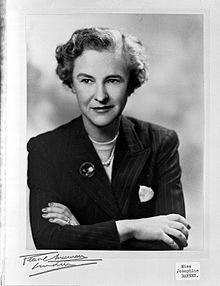 The Dame Josephine Barnes Award is given in recognition of exceptional research in STEM subjects. This year, it is being awarded to three students who will be going on to study Geography, Medicine and Mathematics and Computer Science:

Charlotte Furness – ‘Do the faults of the Clean Development Mechanism eliminate all possibility of renewal post 2020?’

Songju Kang – ‘To what extent can deep brain stimulation be used as an effective treatment for neurological and psychiatric disorders?’

Congratulations to all those who completed the Warnock ERP this year – our OHS Originals of the Future.

Careers Event 2020: Women of the Future

Year 5 Performance ‘Around the World in 80 Days’