A few weeks ago, the Alliance Française came to OHS to run a session on French cinema with our Year 9 French students. The girls spent the first part watching a short film in French on the subject of love and what ‘je t’aime’ really meant. In the second half of the session run by their French teachers, they were able to write their own story on ‘le coup de foudre’ (Love at first sight) and then film them. We could all enjoy watching their work in a later session and we were very proud to see how creative they were, both in their scenario and in their language!

‘I enjoyed the speakers and the fact that they always spoke in French – a great way to improve! Filming was great fun too!’

‘I thought that the workshop was challenging but fun. I thought the best bit was making our own films at the end and I thought that writing the scripts was an interesting challenge as the vocabulary was rather different from what we are used to.’ 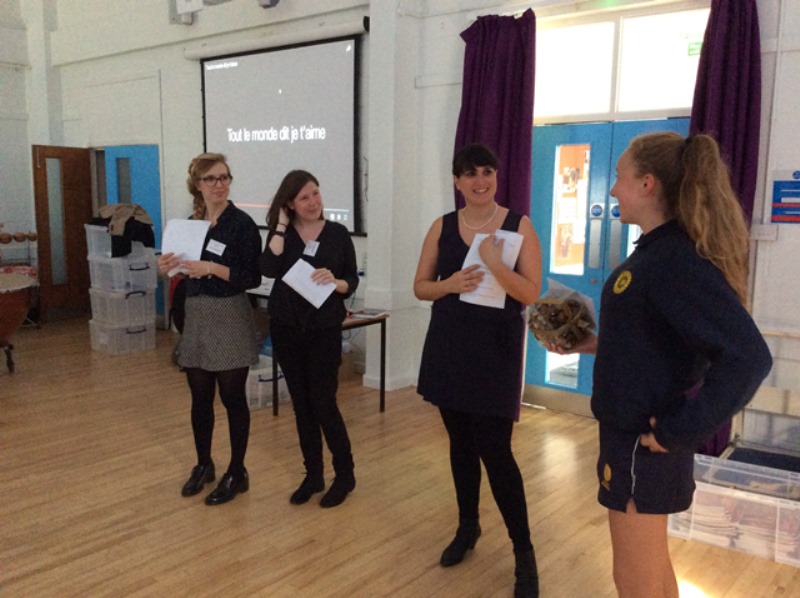 The Alliance Française came to deliver a workshop on French cinema.