A Level Drama Visit ‘A Museum in Baghdad’

In 1926, the nation of Iraq is in its infancy, and British archaeologist Gertrude Bell is founding a museum in Baghdad. In 2006, Ghalia Hussein is attempting to reopen the museum after looting during the war. Decades apart, these two women share the same goals: to create a fresh sense of unity and nationhood, to make the world anew through the museum and its treasures. But in such unstable times, questions remain. Who is the museum for? Whose culture are we preserving? And does any of this matter when people are dying?

These questions, as well as many about how a play that is set in three time periods, often simultaneously, might be staged, were in the minds of Y12 and Y13 Drama students on their recent theatre visit to the RST, Stratford.

Of course, these questions had to wait until a more pressing conundrum was solved: in Barnaby’s famous self-service fish and chip shop, should it be chips first, or fish, or both at the same time? As the Drama course encourages understanding theory through practical exploration, five platefuls later the answer became clear: “Always start with the fish.”

But to the play. This was a beautifully acted piece and a play of ideas, but one that some critics feel (perhaps unfairly), suffers from a ‘stodgy lack of theatricality’. What did the girls think? 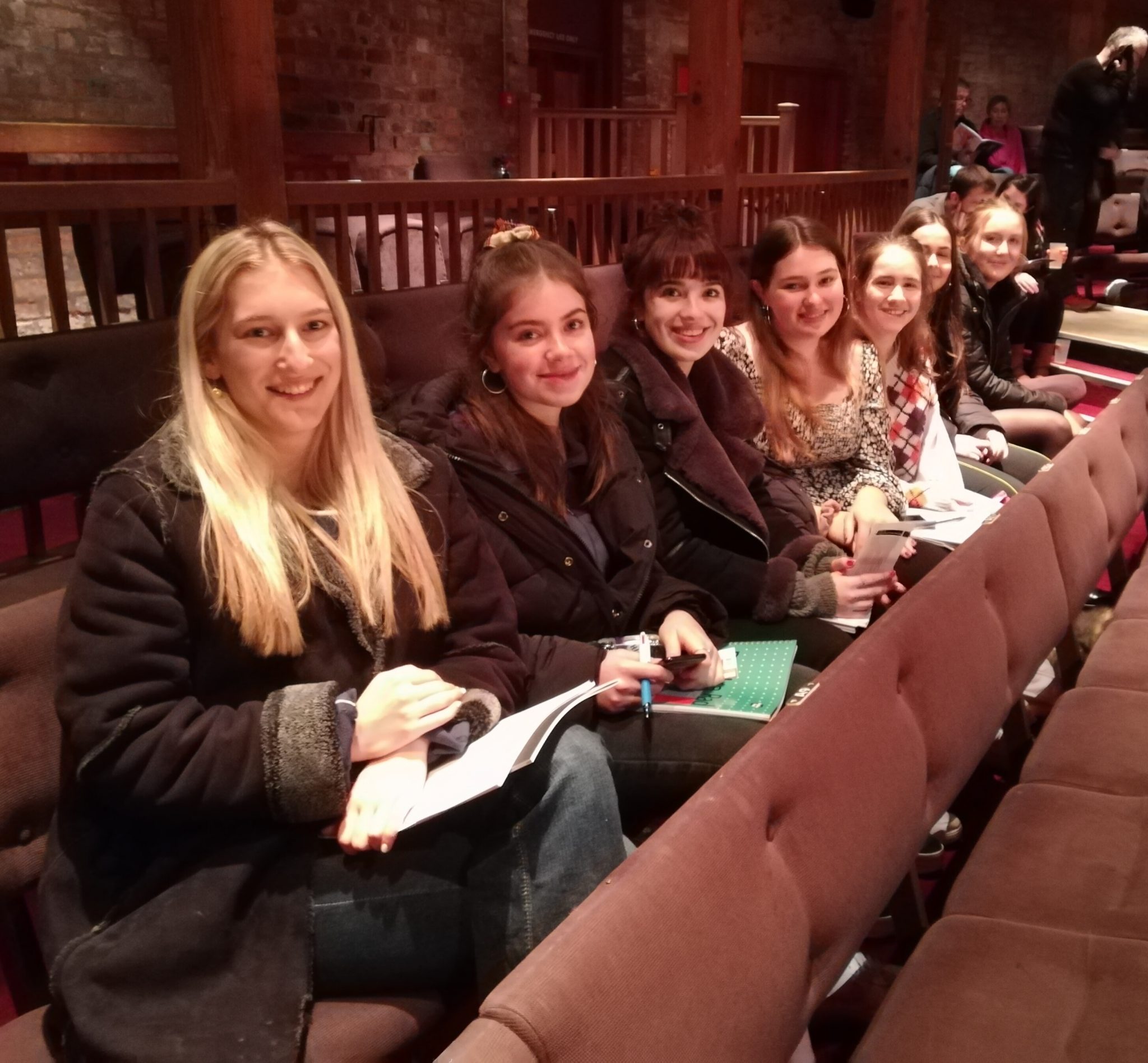 One really interesting element of A Museum in Baghdad was the way it dealt with time. Having read the script in advance, we had no idea how the three time periods would be made clear, as it specified Now (2006), Then (1926) and Later. In performance this was remarkably clear, even though at times characters from Now and Then appeared onstage at the same time, and at one point even sat around the same table, giving the impression of history repeating itself as a means of critiquing Western intervention in the Middle East.

The play spanned the British colonial moment in 1926 to American military intervention in 2006, drawing similarities between the two. These culminated in the opening of the museum at the beginning and end of the play in both time periods, which was shown by two ribbons crossing each other right across the stage and being cut together as history recurred. I thought this was especially clever considering the play centres around a museum and several female archaeologists, as it posed the question as to whether studying the past was important when we’d simply do the same thing again in the future.

Museum in Baghdad, performed at the Royal Shakespeare Theatre in Stratford, was a powerful, culturally relevant play that tackled issues such as colonial influence/Western Intervention and the typical stereotypes of Arab Women. I thought that the use of three different time spans was a unique element of the production, that was done mostly with great clarity through stage directions and costume. A particularly powerful moment for me was near the end of the play when Nasiya, at the opening of the museum, destroys the priceless artefact of the goddess’ crown, delivering a powerful and emotional monologue about how the people of Iraq are more important than ancient artefacts. Nadi Kemp-Sayfi, who played Nasiya, showed an amazing range of acting skills, creating an emotional moment, even through just simply staring at the crown for a few minutes, with tears in her eyes. When she then started to break down, this moment juxtaposed the naturalistic, conversational moments of the play so far, suddenly flooding the stage with her emotions and strong view on Colonialism and how intellectuals and foreigners seem to care more about inanimate objects than the lives of the Iraqi people. Although there were some moments in the play that I think lacked the needed theatricality and that weren’t completely clear in its context, overall I think A Museum in Baghdad did have some strong, emotional moments in it, making me reflect on how this is based on a true story, and how horrific many people’s lives in the world are.